Paul begins this week’s passage with another exhortation to the church to rejoice in the Lord. He says that he repeats this in order to safeguard their faith. To rejoice is to protect oneself from a counterfeit religion, one marked by rules and legalism rather than by the joy of the Lord, which is our strength. (Psalm 28:7)

In verse 1, he reminds the readers to rejoice, because it is a safeguard against the very legalism that he writes about in verse 2. There were people, the Judaizers, who were distorting the message of Jesus. They believed Jesus was the Savior of Israel, and preached that Gentiles could only come in through the door of Judaism if they wanted to be saved. This teaching included that Gentiles must be circumcised if they wished to be counted among them. Paul counters their false teaching with these words:

“For we who worship by the Spirit of God are the ones who are truly circumcised. We rely on what Christ Jesus has done for us. We put no confidence in human effort…”      (Philippians 3:3 NLT)

And in these words, we find reason to rejoice in the Lord. Paul begins to lay out in verse three that it’s not about us. We hang our faith on one peg–and it’s not the peg of works and legalism. It is Christ risen. As Pastor John said on Sunday, this is what changed everything. He told us that churches spend a lot of time focusing on how to get saved. There is a strong focus on the cross and Jesus dying for our sins, but we often leave out the rest of the story. The cross is where the story begins. Resurrection takes it the rest of the way. Without the resurrection, our faith is utterly futile. In 1 Corinthians 15:17-19, Paul says it this way:

“And if Christ has not been raised, then your faith is useless and you are still guilty of your sins. In that case, all who have died believing in Christ are lost! And if our hope in Christ is only for this life, we are more to be pitied than anyone in the world.”

So we rejoice because of what Jesus has done, because He has made a way for us to become alive as we join in His resurrection life. And we rejoice because we don’t have to rely on ourselves, on our merit and effort in order to be counted among His faithful followers. Anyone else grateful for that? I’d say it’s absolutely cause for rejoicing!!

Paul continues to make his case in the verses that follow. He already stated that it’s only through what Christ has done that we are saved. But, he says, if anyone could place confidence in their own efforts, it would be him. Remember, those who are distorting the message are Jews who are hanging their hats on their credentials and merits. Paul says that his credentials are more impressive. Pastor John laid out for us what these credentials were:

-He was born to Jewish parents who followed the customs and laws as they pertained to him since his infancy. John described them as loyalists, committed to their tradition.

-His ethnicity set him apart as the “best of the best” in Jewish culture. He could trace his lineage all the way back to the tribe of Benjamin.

-He was highly educated. He had studied under a great priest until he himself joined the ranks of the Pharisees, who demanded the strictest obedience to Jewish law, which he claims to have kept faultlessly.

Paul identifies his birth, ethnicity, upbringing, education, and his own moral uprightness. The things that granted him immediate access to privilege, power, and authority. He identifies that these things set him apart, and that if anyone has room to boast in who and what they are, it’s him. He is setting his readers up for the bombshell he’s about to drop. He doesn’t ignore who he is, the privilege he was endowed with at birth, and the power it has afforded him. He identifies it and owns it as true. And then…

…he lays it all down.

He says, “I once thought these things were valuable, but now I consider them worthless because of what Christ has done. Yes, everything else is worthless when compared with the infinite value of knowing Christ Jesus my Lord.” (verses 7-8a NLT, emphasis mine)

What matters to Paul is not where he came from, what his ethnicity is, who his parents are, what nation he belonged to, or how well he followed the rules and the laws. The only thing that matters to Paul at this point is knowing Jesus as Lord.

He takes us a little deeper into what it means to know Jesus as Lord. He expresses that he wants to be fully found in him–to know the power of His resurrection, to join in the fellowship of His suffering, to be crucified with Him, and to attain resurrection from the dead.

To know Jesus as Lord, we must exchange our kingdoms for His Kingdom. Dallas Willard, in The Divine Conspiracy, writes,

“Every last one of us has a “kingdom”–a realm that is uniquely our own, where our choice determines what happens… Our “kingdom” is simply the range of our effective will. Whatever we genuinely have the say over is our kingdom.”

We like to control our kingdoms. We like to compare our kingdoms. We do not like stepping down from the throne at the middle of our kingdoms, and we certainly do not like the thought of anyone else taking that place of authority in our lives. Some of our kingdoms are naturally larger and more prominent, like Paul’s was. Where we are born, the color of our skin, the economic position of our parents, the nation we are raised in–all of these things determine the power of our individual kingdoms-the things we genuinely get to have say over. But we all have one. However meek or mighty, we have one. And we get to choose who sits on the throne.

Pastor John asked us on Sunday, “Who do you say yes to? Who and what do you lay down your life for?

Paul’s answer to these questions isn’t hard to discern. There was One who had his yes. One who was worth laying down his life–his privilege, power, his own kingdom, absolutely everything–for.

To Paul, the surpassing greatness of calling Jesus his Lord was worth everything he once held dear. None of it mattered anymore. Knowing Christ and being raised to life with Him, for the benefit of everyone else, became his only focus. There was no system or structure, no rules or regulations, no position of power or privilege that could offer him the new life and purpose that he found in Christ. Knowing Him, living for His Kingdom, leveraging his life and all he once held dear for others–that’s what mattered to Paul. And it was cause for rejoicing. The old way was all about laws and the past. Jesus showed Paul the new way–hope for the future. For everyone.

Dear Church, who and what do we lay down our lives for? Who and what do we say yes to? Do we live for Christ… or do we live for ourselves? Are we known as people who lay down our pedigree and privilege? Or are we known as those who lord it over others as a means to impose our will? Do we align ourselves with the marginalized and oppressed as we enter into the fellowship of the suffering, like Jesus did? Or are we responsible for further oppressing and marginalizing others either by our words and actions or lack thereof?

These are hard questions, Church. But we must answer them. Because if we profess Jesus as our Lord, we profess that His Kingdom is superior to our own and we lay down our own lives so that His resurrection life can be born in us. If we aren’t willing to lay ourselves down in order to be found in Christ, then we had better stop professing Him as our Lord. If He is really our Lord, we will joyfully accept His invitation to die so that we can truly live. Not for ourselves-we don’t leverage our lives so that we get more in return. Jesus didn’t die for Himself, and neither do we. We lay ourselves down in the way of our Lord, for others. And this is the hope for the future. That we know Him-truly know Him-in His death, suffering, and resurrection, and that we leverage our lives so that others can know Him, too. 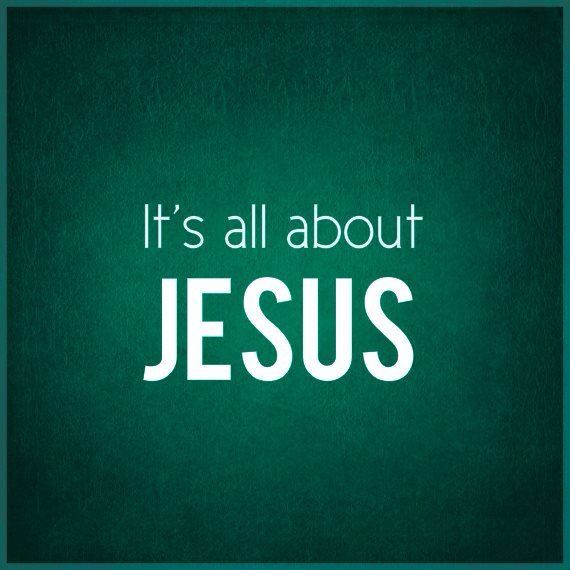